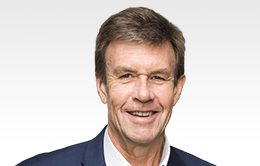 He is currently a Board Member of Wing Tai Holdings Limited and Mapletree Industrial Trust Management Ltd. He is also Chairman of Capella Hotel Group Pte Ltd and of the Board of Trustees of the National Youth Achievement Awards Council, as well as a member of the National Parks Board.

Mr Harvey Samuel was formerly the non-executive Chairman of HSBC Bank (Singapore) Limited, following his retirement as Group General Manager, Chief Executive Officer of Singapore with The Hongkong and Shanghai Banking Corporation Limited in 2017. He was also a member of HSBC Asia’s Executive Committee and had direct responsibility for all HSBC operations in Singapore. Prior to that, he was HSBC’s Group General Manager and Head of International, Asia Pacific based in Hong Kong, responsible for 12 countries in the Asia Pacific region. He joined HSBC in 1978 and has worked in 12 different countries across the world, undertaking senior management roles in Australia, the United Kingdom, Hong Kong, Malaysia and Singapore.