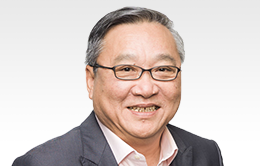 Mr Danny Teoh was appointed to the Board of M1 on 26 September 2017 and he assumed the Board chairmanship on 1 January 2018.

Mr Teoh spent 27 years in KPMG LLP, Singapore and over the years, held various senior positions including Member of Executive Committee, Head of Audit, Head of Financial Services, Head of Risk Advisory Services and Head of Marketing & Communications. He was the Managing Partner of KPMG LLP, Singapore from 2005 until his retirement from KPMG in September 2010.

Currently, Mr Teoh is an independent and non-executive Director of Keppel Corporation Ltd and chairs its Audit Committee.